Nelson Antunes is a huge fan of tabletop games and Star Wars. He fused these two together and the result was a sci-Fi tabletop game called "Awakening: Recon". Not wanting to stop there, he gathered fellow enthusiasts Miguel Franco, Carlos Pinheiro, and Nelson Fonseca for a proposal. These hobbyists, who spent so much time enjoying board games of all sorts, agreed to up their game by establishing a company called Fat Man Productions.

The company's goal was to make simple but strategic, fast, and fun games made by players for fellow players. "I've been playing tabletop games for more than 18 years and had the idea of making a game of my own inspired by the things I love and hate. The result was "Awakening" and when I shared it to the guys, they were fascinated," shared Nelson.

As Nelson finalized the mechanics of their first miniatures war game, Carlos drew concept sketches. There would be four factions in the game composed of units of different ranks. These factions will fight for control of the star systems at the time when Earth is considered a myth and humans and other species reside in different planets and galaxies reached through interstellar travel.

"The game is played by up to four players. They are able to control up to 30 miniatures that will face each other in deadly missions. A ten-sided dice is used in the game and a set stat comparison system will determine who wins," explained Nelson. 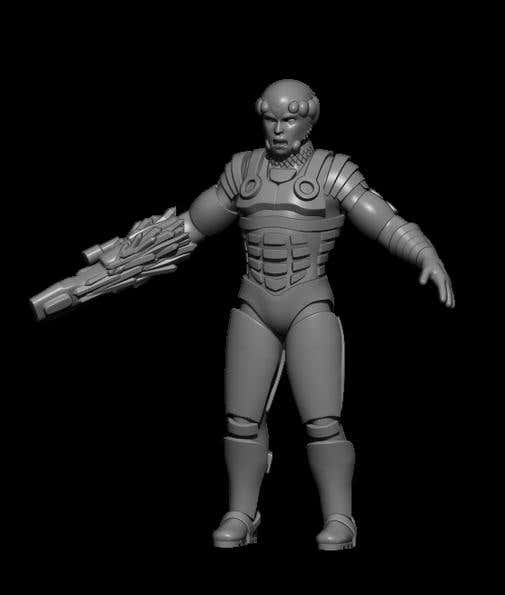 3D rendition of one of the miniatures (front)

After Carlos finished the first few sketches, Nelson took them to Freelancer.com. "We needed a 3D artist who can make 3D models out of Carlos' sketches. I asked some colleagues and they were quick to suggest Freelancer.com. I didn't bother looking for other sites because I discovered that the platform has lots of capable people ready to work."

Through the site he hired a 3D artist, Juan Ignacio or JIdCG from Madrid, Spain. Nelson picked him not only because of his portfolio and reasonable rate but also because of his proximity to Portugal where Nelson is based. "We're so glad we found him. He was extremely professional, fast, communicative and very easy to work with. We also saved a lot – we paid Juan 200 euros versus the 500 euros quoted by local 3D artists."

3D rendition of one of the miniatures (back)

They commissioned Juan to create more 3D models. Carlos is working on a few more sketches before they start their crowdfunding campaign. "Since we're a startup, we can't fund all these ourselves. We're going to launch a project on Kickstarter or Indiegogo after we have all the prototypes created to make our campaign look more professional." The production of the tabletop game will only start after they have gathered enough funding.

Nelson and the group feel so optimistic and excited for the campaign that they already planned a few more releases in the future. "We're already conceptualizing the theme for our next miniatures game. From sci-fi, we're going to set the next one to medieval-fantasy. It's safe to imagine that there will be some knights and dragons involved and we're getting ideas from cult favorites like The Lord of the Rings and Game of Thrones," said Nelson. A role-playing game and a standard family board game are also along the way.

Fat Man Productions was established only late last year but the team already has a lot up their sleeves. "I think we have enough to work on for the next four to five years and Freelancer.com will always be our go-to in case we need more help. Hopefully, the games we make will give hours of fun and entertainment to all our clients." 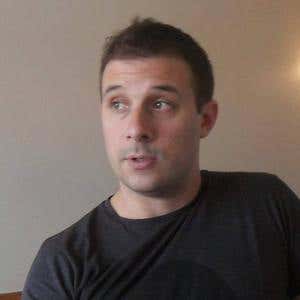 Carlos Pinheiro and Miguel Franco
For more information on the game, visit their Facebook fan page and Twitter.
Do you have a similar 3D project? Post it here!
9Likes 4 Comments

As rising star in our digital age, video offers and exciting new tool to freelancers of all trades.

How to watch for common scams

While most people know about some of the more traditional freelance gigs, there are some more unique jobs that you may not immediately think about.